The Return of Blackstrap Molasses 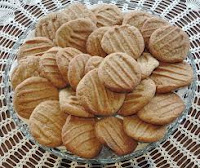 When sugar cane is processed into table sugar, a thick byproduct remains after the third boiling as the sugar crystallizes.  The concentrated syrup containing the nutrient remnants of the sugar cane juice is blackstrap molasses.

While it is still a sweetener, blackstrap molasses contains slightly fewer carbohydrates than sugar, honey, or maple syrup and is touted for its higher vitamin and mineral.  The following table shows the nutrient content comparison of one teaspoon of each sweetener.

Historical Facts
·       Blackstrap molasses was cheaper, and therefore more popular than sugar before the turn of the 19th Century.
·       In 1919, a molasses tsunami coined the Great Molasses Flood tore through part of Boston, Massachusetts at 35 miles per hour causing devastation in the area.
·       Blackstrap molasses has been regaining popularity since the mid-1900s as people continue to make healthier food choices.

Tips for Use
·       Blackstrap molasses has a distinct flavor (think gingerbread cookies) due to the mineral content compared to other sweeteners.
·       Recipe substitutions:
o   1 cup of blackstrap molasses for every ¾ cup of brown sugar (i.e. in baked beans)
o   cup for cup in place of other liquid sweeteners (i.e. honey, maple syrup)

Can you tell me more about blackstrap molasses? The World’s Healthiest Foods. http://www.whfoods.com/genpage.php?tname=george&dbid=350. Accessed November 4, 2017.